First out of bed and showered, again (dried with a full size towel though thanks very much). While the others got ready I trimmed and washed the fresh Tasmanian strawberries from the market. 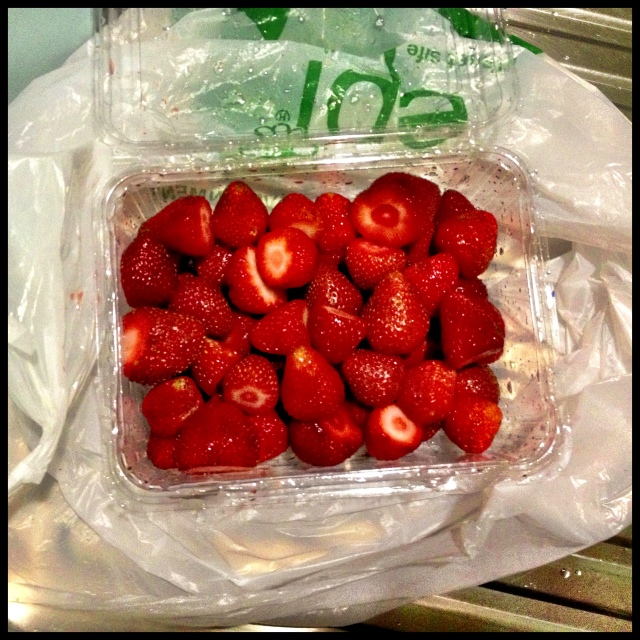 A pre-breakfast snack if you will. Delicious, obviously.

We didn’t have much of a plan for Sunday. Breakfast was naturally on the agenda, some wandering in search of earrings (for mum), terrarium kits (for sister) and a NAB ATM (for the sis-in-law), collecting food for a picnic. 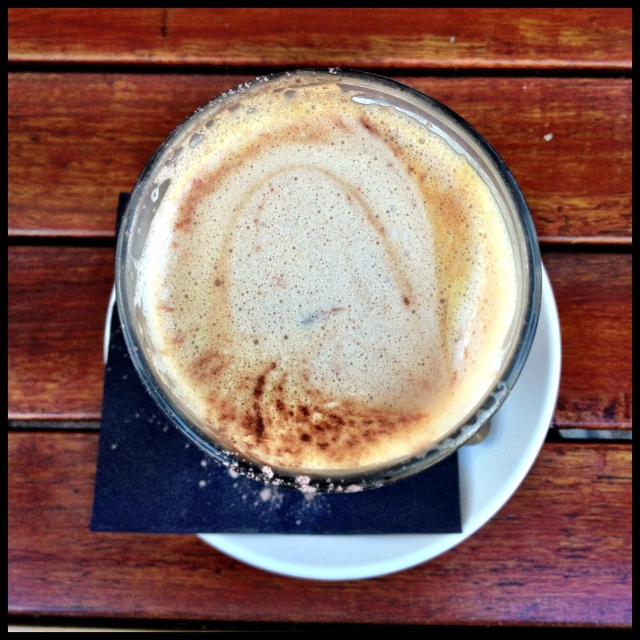 My mocha. The first coffee I’ve had since July. Thoroughly enjoyed. 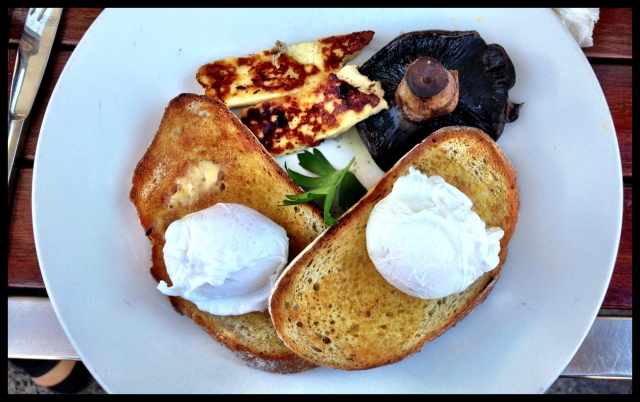 Mushroom, yet again. This breakfast was my favourite of the three days. Poached eggs, sourdough, bbq mushroom and fried haloumi. I think haloumi should make more appearances on breakfast menus, who doesn’t want fried cheese for breakfast?

Our wanderings took us past this darling shop, which had the terrarium kits. You can see one of them to the left there. Sadly it was closed. I would like to have a shop called The Cat’s Pyjamas. 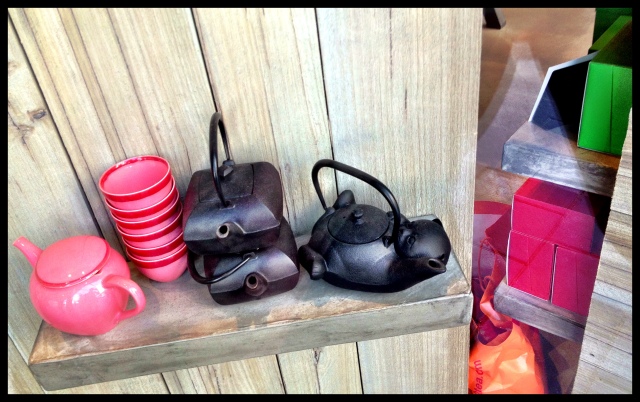 Perhaps I have a thing for cats… because I was also enamoured by this teapot. I’ve not seen it in Tea2 stores in Melbourne!

Oh bakeries. How I love you. Considering a gluten free future does have its drawbacks… We took a baguette and green olive and basil loaf for the picnic collection. I was also very tempted by the ciabatta.

So, with picnic supplies purchased we jumped into the car and took off for Richmond. According to the website it is one of the most important historical towns in Australia. I’ll be honest, Richmond oversold itself just a little… this bridge was the highlight, nuff said? So where to now? Back in the car we thought we’d head toward water. After much driving we ended up pretty much where we started in Richmond. 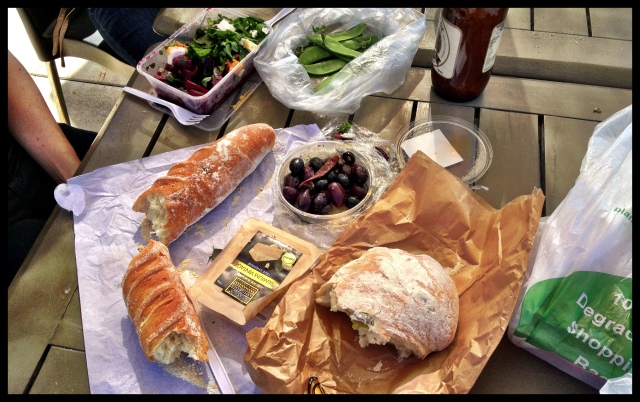 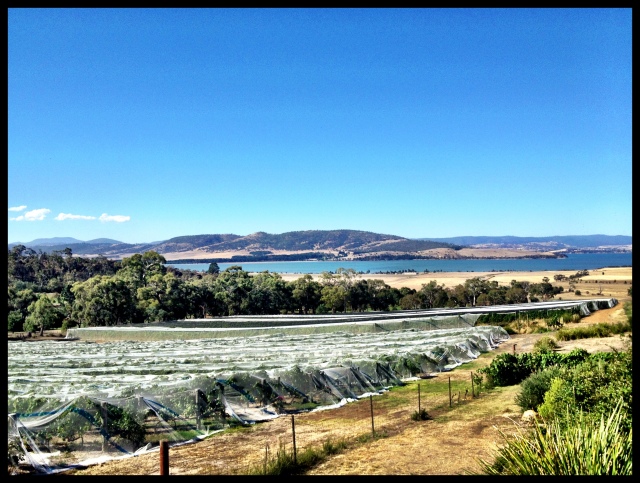 The view wasn’t bad either…

The winery closed up and we still had some time to kill before our flight. Off to the beach we went.

I was too much of a wuss to even dip a toe in. I was told it wasn’t that cold though.

Feet in the sand. 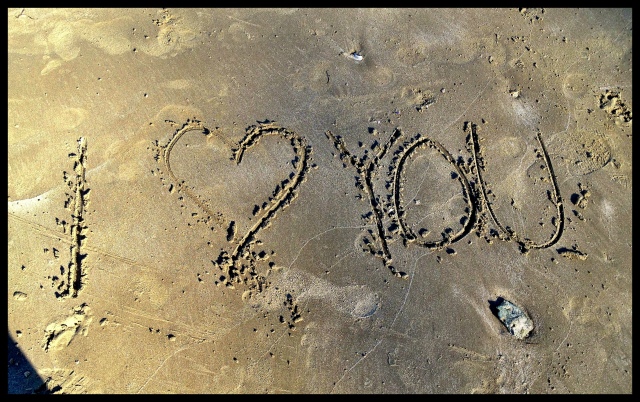 I sent this one to the BF. Yes, sometimes I am unapologetically cheesy. 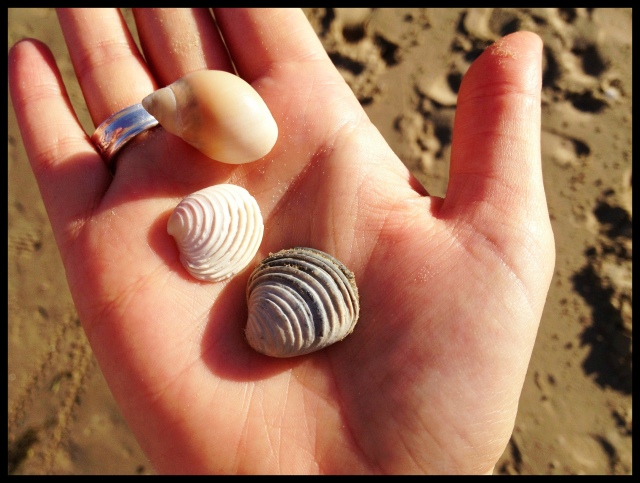 I find it near impossible to walk down a beach and not pick up shells. These three were my favourites.

When the unrelenting sea breeze became to much back into the car we got and headed to the airport.

Thank you Hobart for a delightful three days. Hopefully next time I can explore a little more of the apple isle. 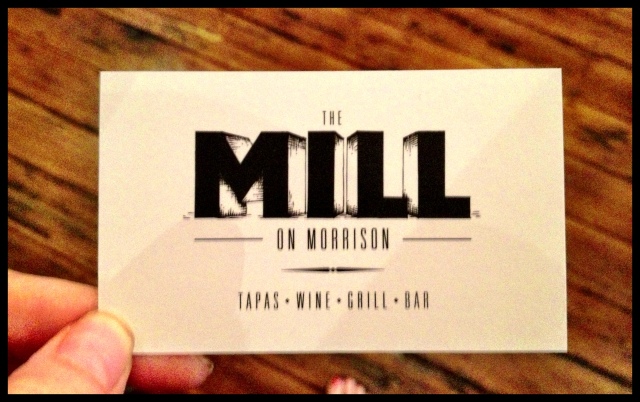 After a slightly rude welcome from the host, which was thoroughly made up for by our incredible waitress, we settled ourselves on some couches and got down to the serious business of menu examination. Decisions… Decisions… 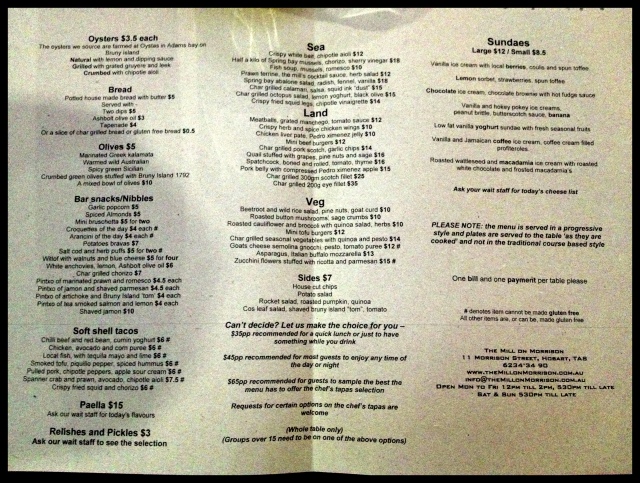 Sometimes I find tapas entirely overwhelming, I want pretty much everything on the menu and as a result find decision making difficult.

Bread baked in a pot. A ball of butter. Mixed olives- green stuffed with cheese, crumbed and fried; warm wild, kalamata, straight up green. All were amazing, the stuffed ones so much so that we ordered extra. And then it just kept on coming… 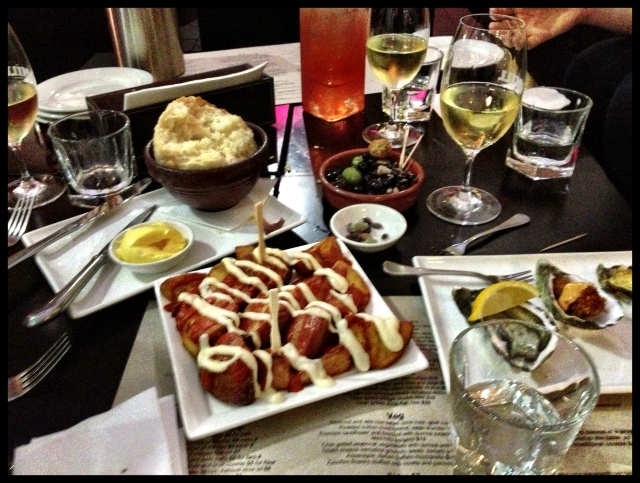 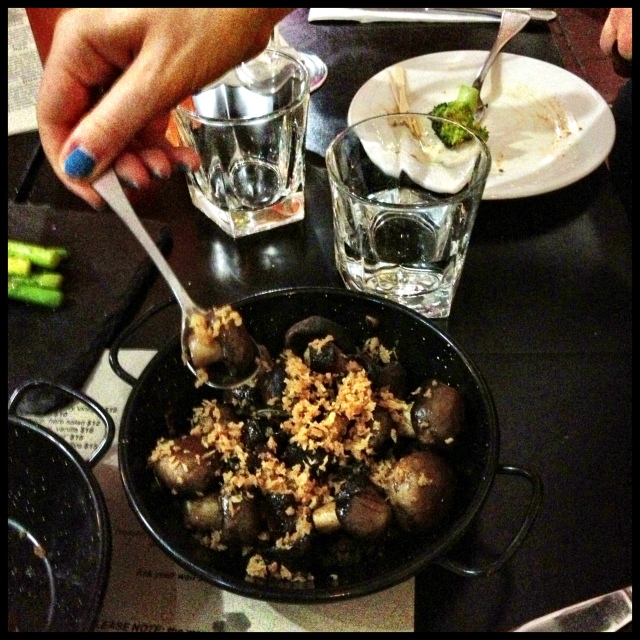 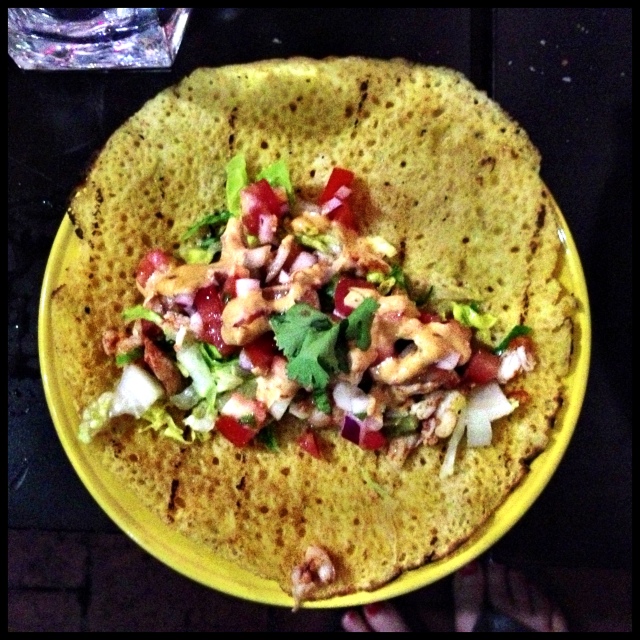 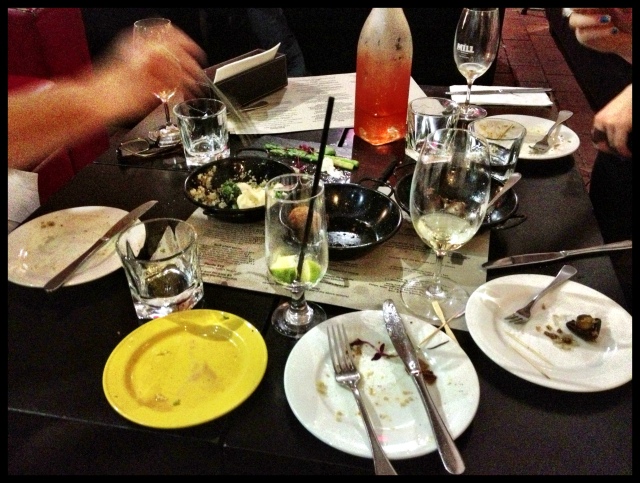 Sundaes. Frosted macadamia. Peanut brittle, toffee and banana. Oh jees. I’m not sure I can adequately describe how drool-worthy these things were. Part of me wanted to jump back onto the sugar truck with both feet and eat these every single day. 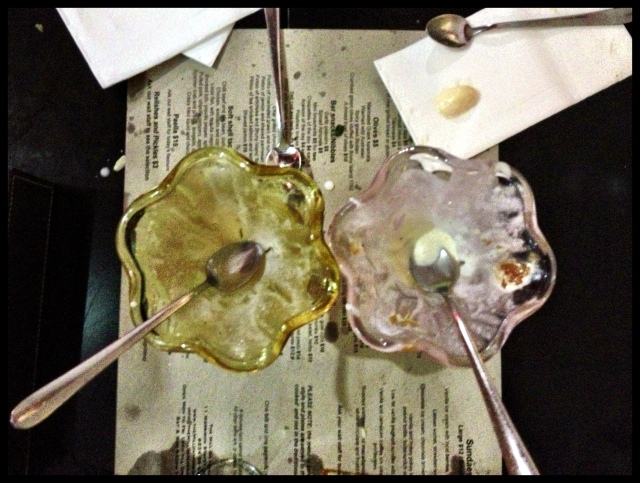 Everything we ordered was smashing, and I was hard pressed to choose a favourite. But it may well have been the stuffed olives, I am going to have to attempt those sometime very soon… weekend pre dinner treats perhaps?

I was the first up. I ended up drying myself post shower with a hand towel because I couldn’t find the actual towels and was sneaking around trying not to wake people up (I did end up finding the towels when I was 99% dry… they were in a cupboard under the sink, good stuff).

Naturally breakfast was top priority. We all ordered the same thing, 2 with salmon and 2 with mushrooms.

After breakfast it was a hop, skip and a jump out to the Salamanca market. I love markets. And it was the perfect day for it. 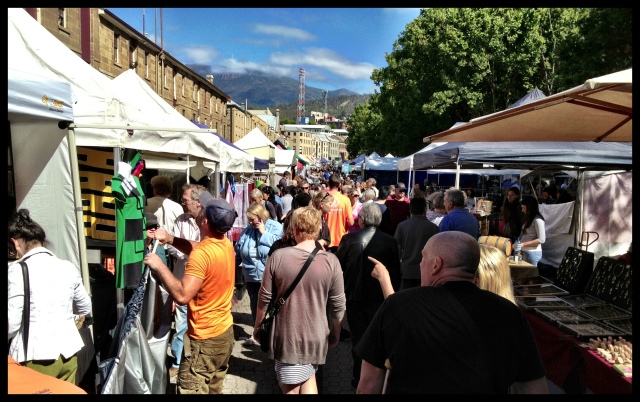 Start at one end, walk the way up, turn, and head on back.

We don’t have Ladies in the Snow in Melbourne. They were delicious. Although, as we crunched while walking a fairly gruff man at the next stand told us to throw our apples away and taste his. Yes, we appreciated his passion for apples, however the delivery could have used some work.

Blueberries may be my favourite fruit. I was sad when these were gone.

With market time done, what to do? Drive up Mount Wellington and nearly run out of petrol, there was talk of knocking it into neutral and cruising back down the mountain, not kidding…

The view was worth it though, we weren’t even at the top here. 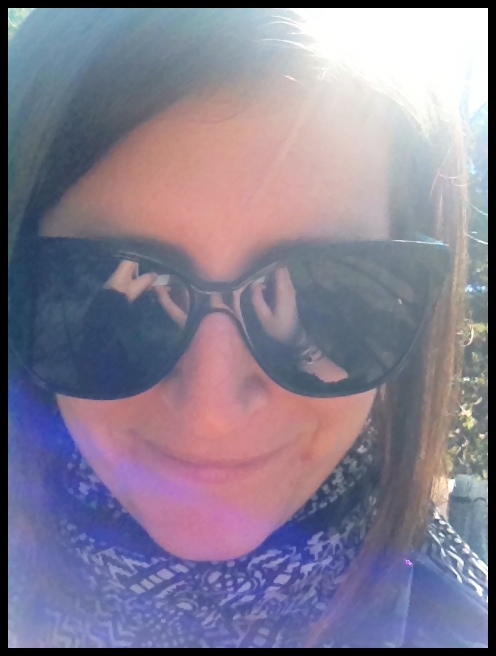 Back on the road we found ourselves at Puddleduck winery, a family owned and run winery on the way to Richmond. We were so very glad we stopped.

Ducks, yes, there were ducks in the pond. We found ourselves a table and settled in for the afternoon.

What to do after an afternoon of wine tasting and chit chat? Dinner, of course. But that’s a post all it’s own. That good.

This past weekend I took a mini break with the ladies in my family. Mum, sister and my bro’s lovely GF. My sister’s Christmas present was a weekend in Hobart so she could tick another state off her list before 30, she’s only got one to go before October.

So at 8.05 on Friday morning we departed the mainland for the apple isle.

With handfuls of tourist brochures, and the hire car at our hotel we were in search of food. Salamanca Place it was (I realise now that I ate mushrooms with every breakfast). 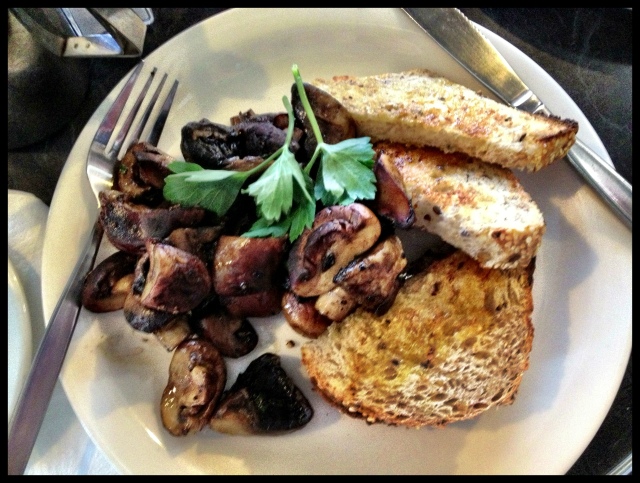 We ate and drank and discussed the days plans. There was almost too much in front of us. 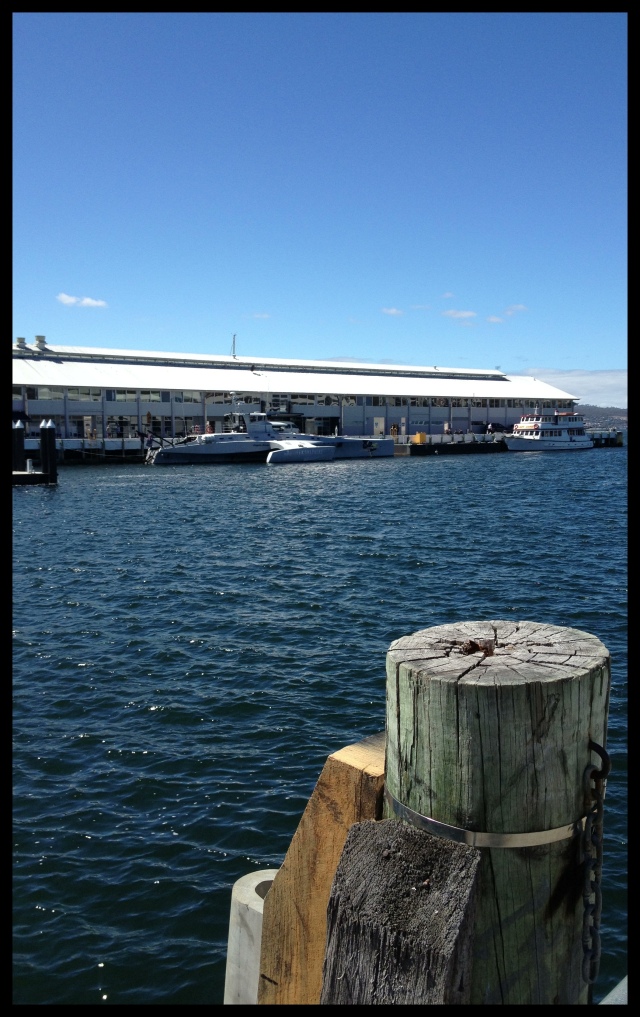 Waiting for the ferry on the way to our first stop… 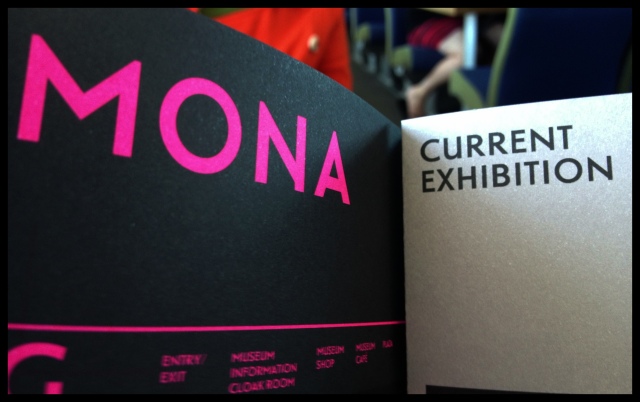 MONA. I am not really sure how to properly explain this place. It is disturbing, and interesting, and totally bizarre and more than once made me question what on earth was going on in other people’s heads.

You could take photos but couldn’t take your phone. My phone = my camera. So once inside no photos for me. Although while wandering around I saw a number of people who weren’t quite as honest as I. Highlights included this water wall of sorts, which is so difficult to explain I almost feel I shouldn’t… but I will try. It was a rotating list of words (not sure where from) that dropped from a large rig. The words were made of water. I knew I shouldn’t have tried to explain.

Another highlight was the pulse room. As you strolled up a wide hall to the entrance there were a line of light-bulbs all flashing at different rates. At the end of this line there were two handles that you could hold on to in front of which was another large light-bulb. The handles channeled your pulse and lit up the light-bulb  when you let go your pulse jumped up into the line and as each person did it your pulse moved further along. Mine was easy to spot because it hardly even lit the globe. As you followed the line you came into a room the ceiling of which was covered in bulbs all pulsing. I was mesmorised.

You could take photos outside. 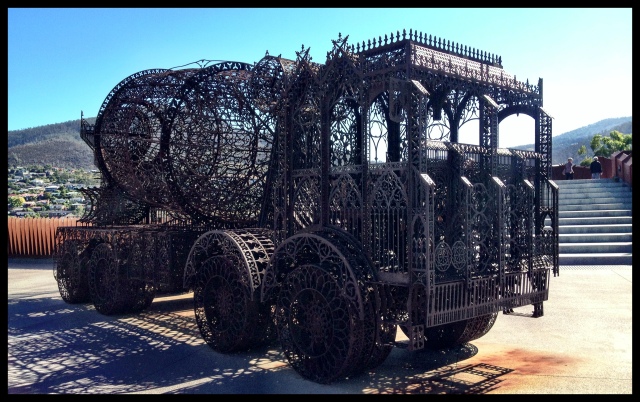 MONA was emotionally draining, as ridiculous as that sounds. So we had a relaxing dinner, and some of the best calamari I’ve ever eaten. De-licious. There are no photos however because I was feeling brain dead… I absolutely made up for it at dinner the following night.

It sucks that most recipies serves 4. Well, these ones serve 1 (or 2 if you double it)

Simple Recipes Made From Scratch

one cannot think well, love well, sleep well, if one has not dined well